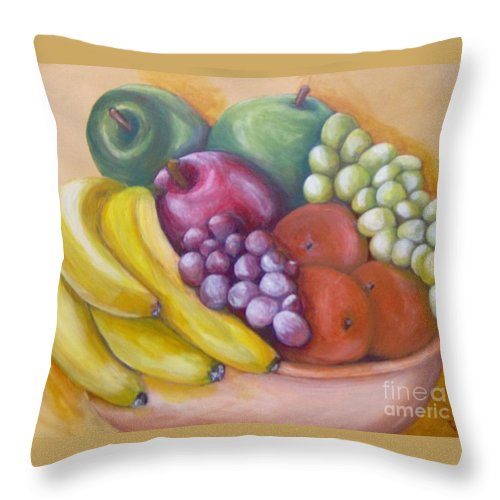 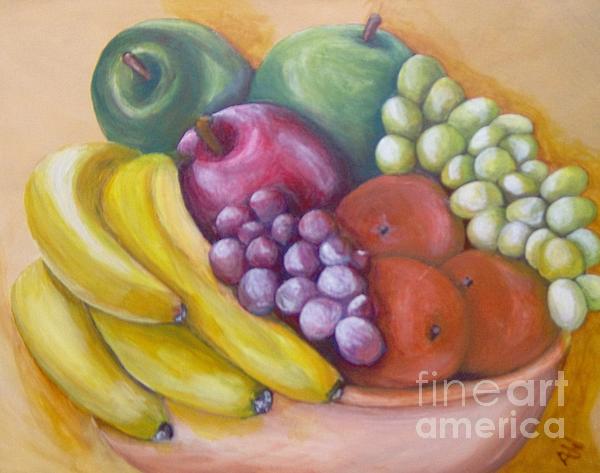 Our throw pillows are made from 100% spun polyester poplin fabric and add a stylish statement to any room. Pillows are available in sizes from 14" x 14" up to 26" x 26". Each pillow is printed on both sides (same image) and includes a concealed zipper and removable insert (if selected) for easy cleaning.

Paintings of fruit became popular in Medieval times because this was a way for the wealthy to flaunt their affluence. Bananas were unknown in Europe,... more

Outstanding composition, lighting, shading, color and artwork! F/L …voted for this piece in the Fruit Contest.

Thank you for favoring my piece. I am humbled.

My day job consists of helping homeless people get jobs. We also work with "We Don't Waste" and organization that distributes expired food to the homeless. That is why this painting is named "Affluent."

Paintings of fruit became popular in Medieval times because this was a way for the wealthy to flaunt their affluence. Bananas were unknown in Europe, but even citrus fruits were quite exotic until the advent of refrigeration in the late 19th and early 20th century, making a variety of healthy fruits and vegetables accessible and affordable. Recently, however, fresh produce and healthy foods have become so expensive to ship, that they are not accessible to poor families, resulting in bad nutrition and an increase in childhood obesity.