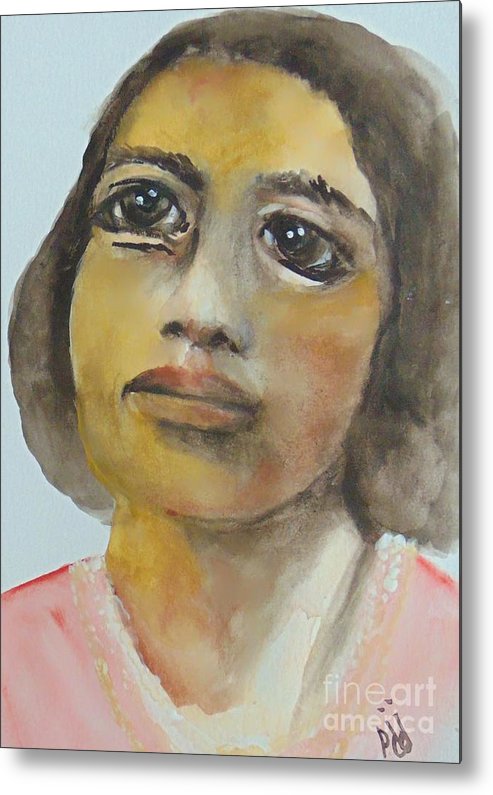 Marian Anderson metal print by Saundra Johnson.   Bring your artwork to life with the stylish lines and added depth of a metal print. Your image gets printed directly onto a sheet of 1/16" thick aluminum. The aluminum sheet is offset from the wall by a 3/4" thick wooden frame which is attached to the back. The high gloss of the aluminum sheet complements the rich colors of any image to produce stunning results.

Internationally acclaimed soprano, Anderson was the first Black singer to sing at the White House. She was denied the opportunity to sing at the... more

Internationally acclaimed soprano, Anderson was the first Black singer to sing at the White House. She was denied the opportunity to sing at the Constitution Hall in Washington, DC by the Daughters of the American Revolution because of her race, causing First Lady Eleanor Roosevelt to resign from the organization in protest. On Easter Sunday 1939, the Roosevelts invited Anderson to sing on the steps of the Lincoln Memorial for a concert in which 75,000 people attended. Four years later the DAR invited her to sing at Constitution Hall. She became the first Black singer to sing at the Metropolitan Opera in New York in 1955 and sang at the inauguration of John F. Kennedy in 1961. She was awarded the Presidential Medal of Freedom by Lyndon B. Johnson in 1964.