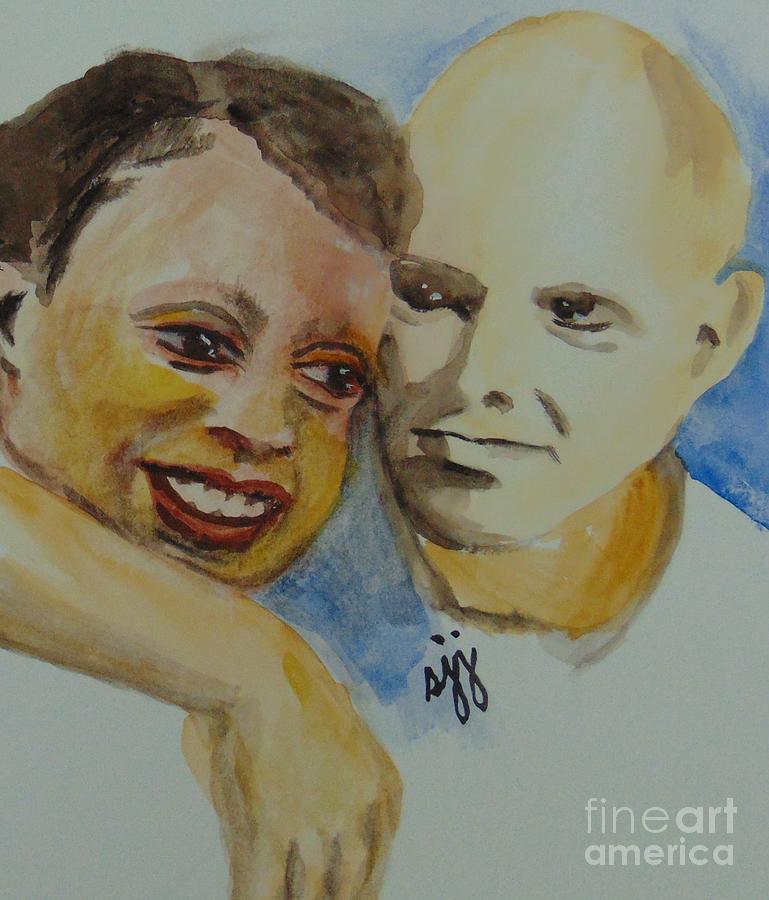 Mildred and Richard Loving were arrested in 1958 for violating Virginia's racial integrity act which forbade interracial marriage. They married in Washington DC, where it was legal because MIldred was pregnant but returned to their home in Virginia and were arrested. They plead guilty and were forced to leave Virginia for 25 years or go to prison. In 1967 (this was in my lifetime,) laws banning interracial marriage were declared unconstitutional and the Lovings could finally live in peace. Unfortunately, Richard was killed by a drunk driver in 1975 and Mildred remains unmarried to this day. This is a gouache study on paper that I completed for Black History month.

Thank you so much for your support and encouragement.

Saundra, What a bittersweet love story. Thank YOU for painting & sharing this story. Receive YOUR FEATURE for this artwork & study from ACL. Art CHANGES Lives, Admin, GJ glorijean