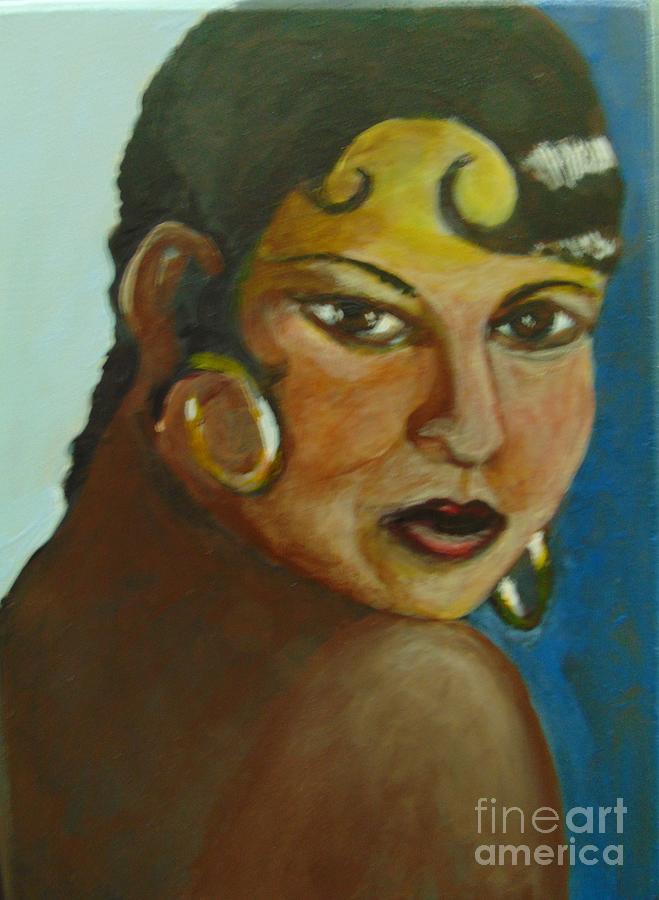 This wood panel painting depicts singer, dancer, activist, spy and performer Josephine Baker (1906 - 1975.) She was born in St. Louis and began performing in Vaudeville, eventually ending up in New York. From there she went to Paris where she performed in night clubs and became very famous. During WWI after the Nazi invasion of Paris, she passed on messages to the French army that she overheard during her performances. She later returned to the United States only to find discrimination and segregation. She refused to perform to segregated audiences, forcing reluctant club owners to integrate their audiences. She also adopted 13 children from different countries.

I am so honored, thank you so much!!!

Congratulations on your feature in the 'Cultures and Civilizations' Group! L/F.