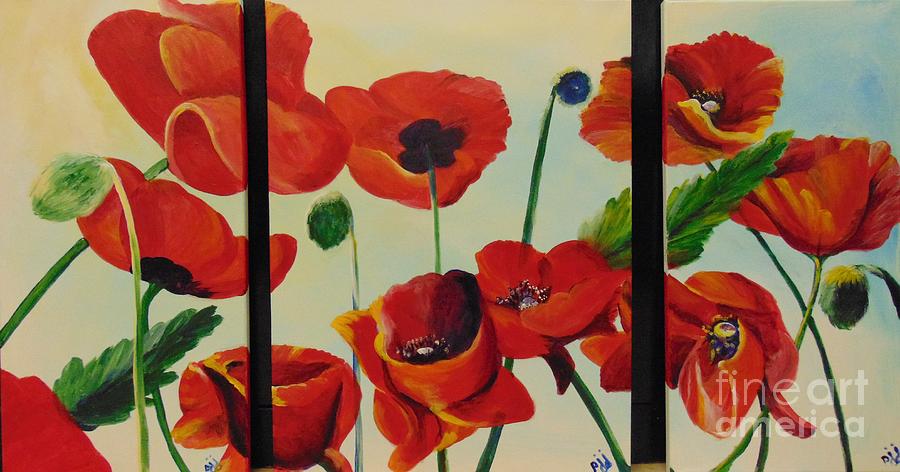 In addition to poppies putting Dorothy and her crew to sleep in the Wizard of Oz and The Wiz, poppies have been associated with peace and death, most likely because of the affects of opium that they produce. They are traditionally worn on Memorial Day to honor the war dead based on a 1915 WWI poem called In Flander's Fields by John McCrae in which he proclaims the poppy as the first flower to grow on the soldier's graves in Belgium. This piece was painted across three canvases and was the first, piece I completed after my own near-fatal heart attack, so I cheated death.